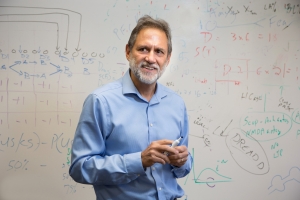 Michael S. Fanselow is a Professor in the Department of Psychology at U.C.L.A. and has held academic appointments at Rennselaer Polytechnic Institute and Dartmouth College before coming to UCLA in 1987. He received his Ph.D. from the University of Washington and received the Edwin B Newman Award for Excellence in Research for his dissertation work there. He has also received the Early Career Distinguished Scientific Contribution Award, the D. O. Hebb Award from the American Psychological Association, the Troland Award from the National Academy of Science, and is a member of the honorary Society of Experimental Psychologists. He was elected President of the American Psychological Association’s Division of Behavioral Neuroscience and Comparative Psychology and President of the Pavlovian Society. He currently holds positions as the Staglin Family Chair and the Director of the Staglin Music Festival Center for Brain & Behavioral Health.